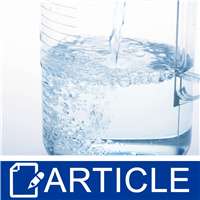 (Enlarge Image)
I have always wanted a grandfather clock. It's rather a silly thing to want in this day and age, when for less than $30 you can get a clock that will run on a battery for six months at a time and synchronize itself by radio signal to official atomic clocks guaranteed to be accurate to within an impossibly small fraction of a second. But the little kid in me has always wanted a grandfather clock, in spite of the more pragmatic adult I grew up to be.

Recently, however, a local furniture store went out of business and had a sale on grandfather clocks. 50% off. 50% off what, I wondered? The pragmatic adult imagined that whatever the price had been, they marked it up the day before they “discounted” it. But thanks to the miracle of the Internet, I was able to look up the official Manufacturer's Suggested Retail Price as well as the typical prices charged by other purveyors of unquestionably impractical timepieces. The “discount,” in this case, was real and provided my inner child the ammunition needed to get the outer adult to pry open his wallet. Long story short, I now wake up every morning to the sound of Westminster chimes, and the weekly raising of the weights has become a cherished ritual.

Everyone loves a discount, and soapmakers are no exception. We use tabulated saponification values to calculate the amount of sodium hydroxide that would be needed, in principle, to react with all of the oil in a batch. Because the oils we use are natural products, the actual saponification values of real-world oils may be a little higher or lower than the tabulated values. And because we would rather have a little unsaponified oil than a little excess sodium hydroxide, we discount the amount of sodium hydroxide to be something less than what was calculated from the tabulated values.

How did the notion of a water discount come into being? It could be argued that the modern handcrafted soap movement originated with Ann Bramson's 1972 book, Soap: Making it, Enjoying it. Bramson did not describe saponification values, but simply provided recipes much as you would find in a cookbook. The lye concentration varied from recipe to recipe from a low of 25% to a high of 29%, with an average of 27%. A generation of soapmakers started with these recipes, and the ratios of oil, sodium hydroxide, and water came to be accepted as “normal.”

The practice of using higher lye concentrations (less water) has come to be called water discounting. But whereas sodium hydroxide is discounted from chemically-significant saponification values, water is discounted from “official” values that have only historical significance. A 30% lye concentration would be considered “discounted” if compared to those in Cavitch's book but not compared to McDaneils' only three years later.

If you want to dip your toe into the low-water pool, try the following simple formula: 38.0 oz of olive oil, 5.0 oz sodium hydroxide, and 5.0 oz of water. I think you will be surprised at how quickly it comes to trace and how hard it is the next day. The water content affects not only trace and hardness, but the behavior of the soap in the mold, the crystal structure of the finished soap, the time it takes to cure, and its properties in use. These effects will be the subject of the next installment of this column.